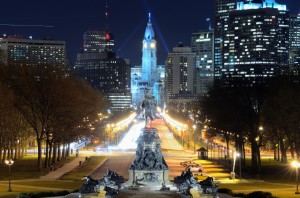 Colonial estates, Independence Hall, fascinating museums and a nearly 200-year-old penitentiary: The City of Brotherly Love features some of our nation’s most notable historic landmarks.

Philadelphia is widely considered the birthplace of America – the city where our Founding Fathers signed the Declaration of Independence. Today’s historic Philadelphia offers insight into our country’s early history, whether you’re visiting the Liberty Bell Center or exploring the cavernous and decidedly creepy Eastern State Penitentiary, once the world’s most famous high-tech prison.

Also renowned for its vibrant culture and sizzling nightlife, Philly is a short jaunt from several bedroom communities, where commuters simply hang their hats for the night. For those searching for move in ready homes near Philadelphia that have real heart and soul, Darley Green offers the best of both worlds. These new construction condos and townhomes are just 20 minutes from Philadelphia’s historical landmarks, but are also situated close to Claymont’s own cultural attractions and family-friendly points of interest.

Though far from exhaustive, this list includes some of the most popular historic attractions in Philadelphia that are sure to delight weekend travelers and history buffs alike.

Move in ready homes near Philadelphia

Want to be close to all the action, but in a neighborhood with its own character and charm? Darley Green’s move-in ready condos and townhomes near Philadelphia are attractively priced. Framed by wide, tree-lined streets and serene green areas, this inviting community has so many perks, including several modern floor plans, an onsite state-of-the-art library, as well as eateries and shops within walking distance.

To learn more about the benefits of Delaware living at Darley Green, or to arrange a tour of our model homes, please call Sales Manager Amy Maluski at 302.655.2600.